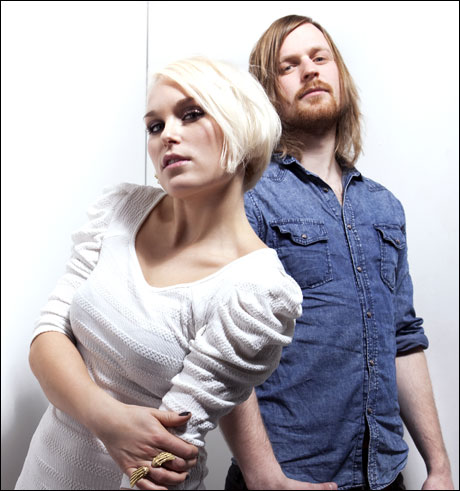 A few weeks back, we wrote about Eva & The Heartmaker and their cracking gem of a pop single that is ‘Signals’. Well on Monday this week, they released their brand new album ‘Dominoes’ in their native Norway, and with it, by way of promotion and of highlighting one of the standout tracks, comes another new single – ‘Gone In A Flash’.

We think that you’re going to like this one. Assuming, that is, that you are human! It’s a brilliant pop tune with its heart proudly in the 80’s. In fact we haven’t heard a song that sounded so like early Madonna, since ‘Good Thing’ from the amazing, yet cruelly aborted and unreleased Rosie Ribbons album! It’s a really cleverly crafted track on top of that too. The verses are so good that they actually don’t sound like verses – they sound like they’re meant to be the bridge or even the post-chorus section. But the most genius moment, and in fact maybe even one of the spectacular moments of music we’ve heard so far this year, is the middle eight. It starts off as a long drawn out falsetto vocal that sounds like half wailing, half ecstacy. This then descends into 35 seconds of epic, 80’s stadium rock guitar. It’s seriously awe inspiring! Bravo, Eva & The Heartmaker. Bravo!

And here be the video, for some visual accompaniment to this aural spectacle;

Eva & The Heartmaker: ‘Told You’

Eva & The Heartmaker: ‘Traces Of You’ (live)