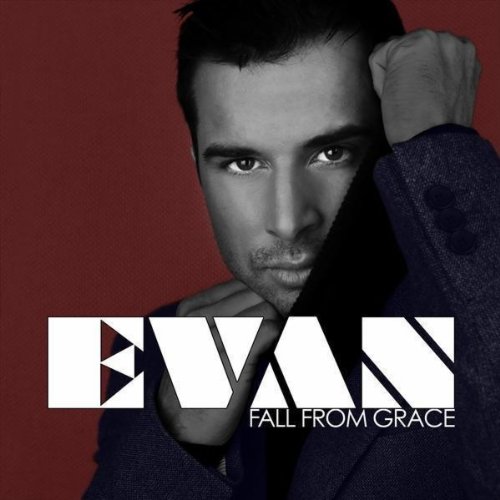 Swedish pop gent, Evan, has made a return to pop music!

Well actually, he returned late last year, but that totally passed us by until now and we only stumbled upon it this week. In November, he released the album ‘Bonustracks’, made up of previously unreleased material. It was made available in the usual digital outlets online, and one of the tracks in particular got such a good reaction, that it was decided that it should be released as a single in January this year.

The song is ‘Fall From Grace’, and the album version is a gorgeous piece of electronic pop that’s half Ace of Base and half BWO. To offer fans something a little different from the album though, they handed it over to Mr Soundfactory to produce a new radio edit which would accompany the single release. And he came up with something totally different, transforming it into a pulsating dance track. It all came off as still being quite pop though, as he reserved the harder beats for the Soundfactory remixes which were also included in the package. We’ve had a good listen to each of the mixes on Spotify this week, and all in all, it’s a hugely impressive collection of tracks. Given that we were only made aware of its existence now though, needless to say it wasn’t a very big hit back in January, which is a huge shame. Still, based on what he managed to produce with ‘Fall From Grace’ alone, we hope that it won’t be the last comeback that Evan attempts.

You can listen to clips the single in all its edits at 7Digital and Amazon, and clips of each of the album tracks over at 7Digital also. And we’re not 100% sure, but we imagine they’re available on iTunes and Spotify worldwide too, should you then wish to investigate the full versions.