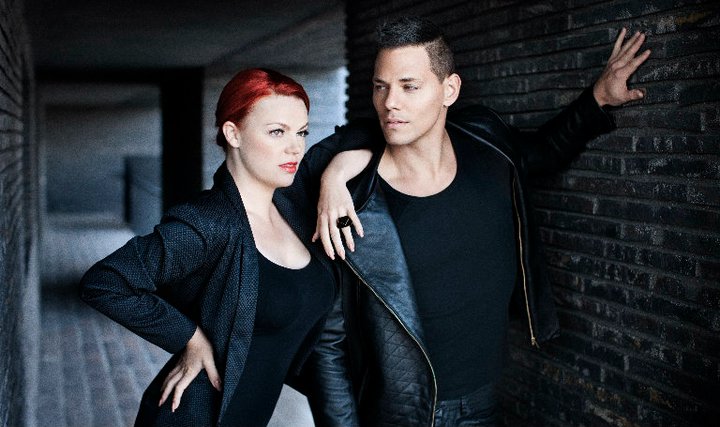 It’s the new video from Infernal!

It’s fair to say that their current album ‘Fall From Grace’ has indeed been just that – in terms of commercial success in their native Denmark anyway. But it’s nice to see that they’re soldiering on with it regardless. New single ‘Alone Together’ gets a video that’s in quite impressively well thought out consistency with the sound of the album – dark and sexy! Body paint, nudity, and the members of Infernal in a sort of religious, heaven-like style existance. It’s like something that Gravitonas would come out with! No small praise of course. And it suits them too!

As for the song itself. Well it’s got a certain beauty to it. It’s not a strong, instant, catchy pop song by any stretch of the imagination. But we do find ourselves enjoying it quite a lot. The same applies for the rest of the ‘Fall From Grace’ album. It’s a really enjoyable listen from start to finish, but there doesn’t seem to be any strong ‘singles’ on there. We do get the impression though that that might even be what the band was aiming for – a comfortable consistency, rather than ups and downs throughout. Perhaps they’re long past the stage of caring about huge commercial success, since they’ve already achieved it.