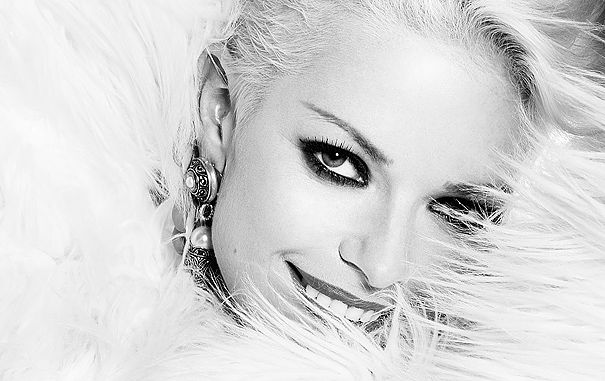 Last night’s Sommarkrysset gave us a double ‘whammy’ of two of our big big BIG favourite artists – September and Anne-Lie Rydé. Naturally we were in attendance at Grona Lund for this momentous live bill, those two names rendering the evening’s entertainment unmissable. Although if you did miss it, here are those performances;

September cut no corners when it came to her turn on the stage. She brought with her a team of six dancers and a different outfit for each song. The audience got her current single ‘Party In My Head’, plus her recent monster hit, ‘Mikrofonkåt’. And she covered pretty much every square inch of the big stage and its runways, parading around and commanding the camera like the pop queen she’s become! She totally performs at her best when it’s on a big stage.

You know us though, and you know how much we love Anne-Lie Rydé too. It was only this week that we featured her new single, ‘Hela Livet Passerar Revy‘, but last night we were enthralled to see her do a medley of her three big schlager cover hits from the 90’s – ‘En Så’n Karl’, ‘Alla Har Glömt’, and ‘Sån’t Är Livet’. And as we’ve come to expect from this almighty woman, the medley was delivered with all the gusto, enthusiasm, and energy, of a lady one third of her age! We shan’t point out a highlight, because the whole thing was amazing. Although the big finish was particularly joyful. And FYI, that final scream that you hear was yelped without the aid of a microphone! SUCH is the power of that lady’s voice.

And if you watch carefully, at the 2:10 mark you’ll see the camera panning in on the creator of this very website applauding along in an awestruck and starstruck stupor. And then at the 2:26 mark, Anne-Lie herself recognising us in the crowd and acknowledging us with a point and a pair of raised eyebrows!

The Moniker also popped by to perform his Melodifestivalen 2011 hit ‘Oh My God‘ and a cover of ‘Wicked Game‘.

Me & My Microphone goes All Around The World – to the UK!