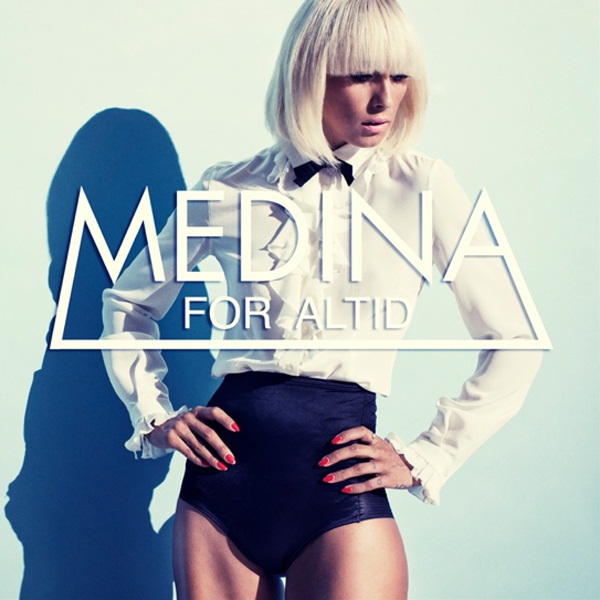 Oh Christ – Medina is back with some new music finally!

She basically RULED her native Denmark a couple of years ago, with her last Danish language album, ‘Velkommen Til Medina’. Such was its success, some of the songs were translated into English, put together with some new songs, and the album evolved into ‘Welcome To Medina’ – for the international market. Central Europe and the rest of Scandinavia became big fans, and even Denmark lapped it up again too, essentially for a second time. On top of this, both ‘You & I’ and ‘Addiction’ from the album found some success on America’s dance charts, with ‘Gutter’ also starting to make some waves there too.

But let’s move on to the new stuff!

She’s coming back with a brand new Danish language album, and with it, already, we have the first taste of the album’s lead single – ‘For Altid’. She premiered the minute long snippet today, and performs the song for the first time at a gig in Denmark tonight. The fact that she’s back is exciting enough as it is, but the added fact that ‘For Altid’ sounds like it’s going to be PROPERLY amazing, has practically made us BURST this afternoon. Thank heavens it’s a Friday, so that we have some way of channeling all of this unexpected nervous energy!

Thankfully, she hasn’t strayed far from the sound of her last album(s). In fact, ‘For Altid’ sounds like it could easily be ‘Addiction’s sister. Albeit an older, sleazier, bad role model of a sister!

We don’t know how we’re going to be able to wait patiently for the full thing. Go on, tease yourself too;